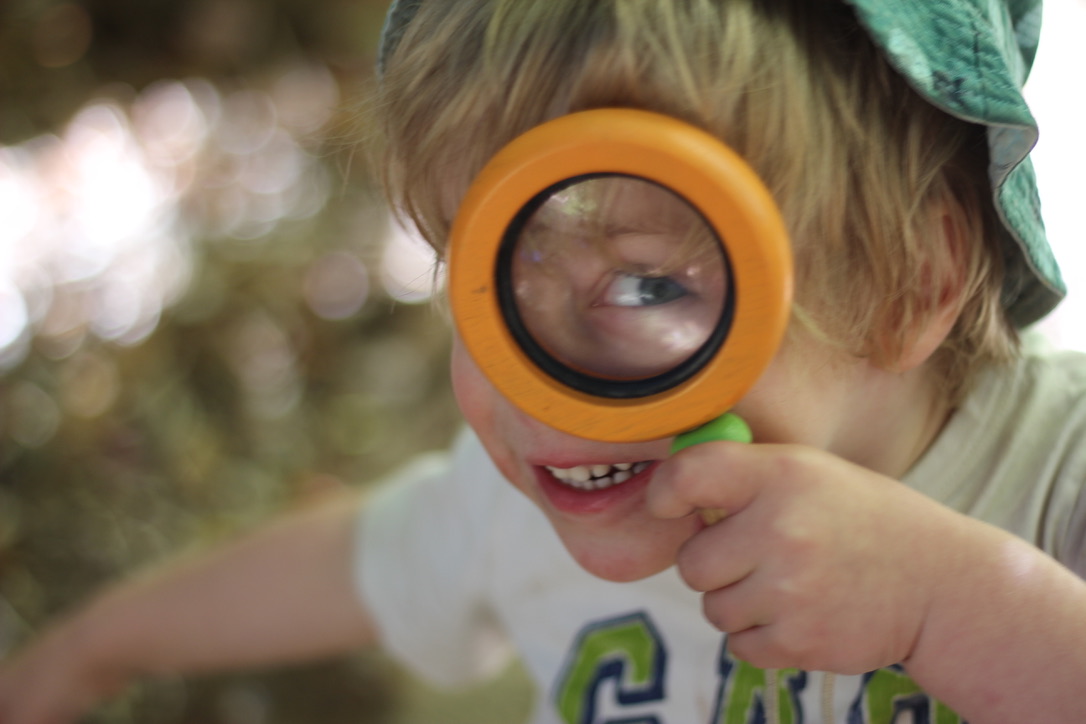 ‘We’re going on a bug hunt, we’re going to find some small ones…’

Going on a bug hunt with children is one of the most enjoyable activities you can do outdoors and the best part is, you can pretty much find bugs anywhere, even in your backyard and it’s a different experience every time. It also gives children, a deeper understanding of, and respect for, the mini-worlds around them.

We’ve created a set of 20 common backyard bug cards for kids to help you identify bugs by sight using the pictures.  They will also give you clues on how to find them by using the facts about each bug. Download your set below.

Did you know that your backyard is home to many common bugs, insects and spiders?  They can live in all sorts of different habitats and are fascinating creatures to both adults and children alike.  The way they move, what they eat and how they protect themselves from danger are fun learning opportunities that can occur in an outdoor play setting.

Some types of insects like bees, pollinate plants, giving humans and other animals food.  Some types, such as ladybugs, are predators and will eat other living things considered to be pests to humans.  Others, such as worms, beetles and even flies, break down dead plants and animals, cleaning up their mess.  Bugs and insects play a very important role in our ecosystems in so many ways and by observing them in their own habitat, you are learning about your natural environment.

Where to find them?

Areas in your own backyard that common bugs and insects may inhabit are on leaves, on and under bark on trees, in the dirt or leaf litter on the ground, along branches on trees, in and around water, and under rocks or fallen twigs or branches.  These areas allow bugs to camouflage or hide from any predators, as well as containing the food that they eat.

We can help care for them by respecting their homes and not picking or pulling leaves or bark from plants and trees.  If leaving water outside for bugs and other animals to drink, use a low, shallow dish containing lots of small sticks and rocks so they can climb onto and out.   And very importantly, returning bugs and insects and any parts of their homes we have moved for a closer look, such as a rock, back to where they were when we found them.

The name millipede means many pairs of feet.  With so many legs, millipedes are very good at burrowing.  This gives us a clue as to where they live… burrowed under things outside.  You will find them under rocks and leaves eating plant material and helping to clean up anything rotting, making them great bugs to have in your backyard.

Slaters are another type of bug that have lots of legs, and can push their way under fallen branches, rocks or dirt, just like millipedes.  Have a look under these and you will likely see slaters eating rotting wood or fallen leaves.   (If you do turn over anything to look for bugs underneath, don’t forget to return it to its original spot afterwards.  Even if there aren’t any bugs when you look, there could be some hiding and they would like their home to be as it was.)

Unlike millipedes however, through the action of cleaning up your backyard, slaters return nutrients back into the soil.  Both millipedes and slaters curl up to protect themselves so if you surprise them while hunting, they may look like a spiral- or ball-shape.

If you are lucky enough to see a slimy, silver trail during your outdoor activities, follow it.  This makes hunting easy as it will lead to the bug that created it.  Snails don’t have legs and will make this kind of trail by using mucus to help them slide along.  Carrying their homes, or shells, on their backs is very heavy, and therefore snails move slowly.  So follow those trails as you might catch up to them!

You may have seen worms in your compost bin before.  Why do they live in there?  Because they love eating plant and vegetable scraps and breaking them down into new soil full of nutrients.  So where else might we find worms?  Somewhere else you know has lots of plant material?  Yes that’s right, in the dirt, underground!  Dig gently with your hands in the soil in your backyard and you will likely find some worms moving around there.  Worms breathe through their skin so they need to keep it wet.  Go outside on a rainy day and you will find them more easily.  And while you’re on your bug hunt then, jump in some puddles too!

Although spiders are technically not a bug or insect, they are Arachnids, they are fascinating creatures to look for in your backyard.  Their home (web) is woven out of a sticky thread, often in a circular shape.  Sometimes other bugs get trapped in the home too, becoming dinner for this creature.  Spider webs are often high, so remember to look up on your bug hunt, in tree bark, branches and leaves.  Sometimes webs may be in the eaves or roof of your own house too.

Now, look down on the ground, and see if you can see what looks like a dark coloured moving line.  Look closer and you can see that the line is actually made up of ants all moving in the one direction closely together.  Follow the ‘line’ to a tiny hole in the ground and watch the line disappear into it.  Now take your magnifying glass and look closer still at the millions of ants making up the line, following one another to the intricate colony they have built underground.

You won’t see the tunnels and rooms they have built inside the hole or door to their world, but you might see some ants carrying food for everyone to share in there.  Look further around your backyard, and you will see ants not only on the ground but climbing up trees, travelling under and through the grass and walking over rocks and sticks.

So how did you go?  Were you a successful detective on your backyard bugs hunt?  Keep using your Eco Explorers Bug Hunt Cards to explore during your nature play outdoors and you just never know who else you might find!

Eco Explorers provides a child-led and highly enriched sensory and outdoor bush program for children and families of all ages. Join one of our bush playgroups, bush kinder or forest school programs near you.